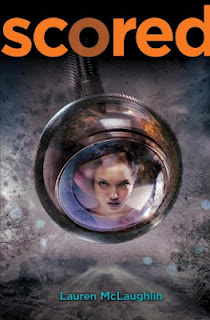 From Goodreads:
Set in the future when teenagers are monitored via camera and their recorded actions and confessions plugged into a computer program that determines their ability to succeed. All kids given a "score" that determines their future potential. This score has the ability to get kids into colleges, grant scholarships, or destroy all hope for the above. Scored's reluctant heroine is Imani, a girl whose high score is brought down when her best friend's score plummets. Where do you draw the line between doing what feels morally right and what can mean your future? Friendship, romance, loyalty, family, human connection and human value: all are questioned in this fresh and compelling dystopian novel set in the scarily forseeable future.


Dystopian books are obviously very popular lately. And out of all of the different titles out there, I believe Scored is the most plausible future. Which is kind of terrifying, but also awesome.

Scored takes the idea of the SATs to a whole new level. There are cameras lining every street and classroom, constantly watching the Scored. Being Scored means the cameras analyze you and your behavior, and they give you a number based on what they see. The main character Imani starts out in the 90s, a number that means she can get a scholarship to college. But as she associates with people who have lower numbers, her score starts to drop.

Teenagers in Imani's school are all defined by a number. If your number is in the 80s, you sit at lunch with your "gang", which is made up of other people in the 80s. If your score raises to the 90s, you have to ditch your previous gang and hang out with the 90s. If you befriend people with lower scores, your score will drop too.

I can honestly see something like this happening in the future. We already have security cameras and biometrics and test scores, so it's not too crazy to think that one day, those things could make a dangerous combination. This is the kind of book that I want everyone in the world to read. I want to shove it in the faces of strangers on the street and be all "LET'S MAKE SURE THIS DOESN'T HAPPEN IN OUR FUTURE". Because I feel like this book does not get the credit it deserves.

This book is an entertaining story, but it's also a lot more than that. It's an eye-opener, and I think it's absolutely fascinating. The main character is smart and funny and likable, and there is even a touch of romance with Diego (who is really smart and cute and I love him). I have come to the conclusion that Lauren McLaughlin is a genius, because she managed to create a society that is so thorough and believable. I think that everyone should read this book immediately.

How to Love
by Katie Cotugno

I'll Give You the Sun
by Jandy Nelson

One Flew Over the Cuckoo's Nest
by Ken Kesey

The Unfinished Life of Addison Stone
by Adele Griffin 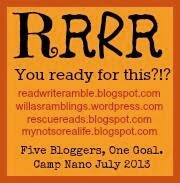 This blog is a place for us to share all our feelings about books we read. We don't write reviews. We write rambles. Sometimes we'll summarize the plot or speak in coherent sentences, but usually our posts are full of capital letters and exclamation points and general fangirling.

Thanks for stopping by and DFTBA! :)